Summer is here in a big, hot, sunshiney way.

It has been a while. Poor blog and readers, I apologize for neglecting you! What a lot of happenings! I'll bullet post some of them so I don't have to go into detail, since I don't want to take all day.
~ My friend and I went to Alberta in April, to see my baby niece Faith Rebecca come into the world. I actually had the privilege of being in the room as she was born, by c-section, on April 18th.Baby Faith makes the fifth birth I have been present for. (not counting my own three, obviously I was there!) babies are so exciting, and i do love welcoming my new family members into the world. 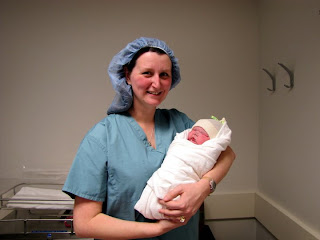 I also got to meet my niece Abigail Joy while I was there.  It was so nice to see my "western" family, and spend time with them all.

~ While in Alberta,I was in a car crash. Fortunately, no one was seriously hurt. Just bruises and sore muscles. My Dad did have a cracked wrist from the airbag, but he's much better now. I had an impressive bruise on my hip from the seatbelt, but God sure had his hand on us :)

~ Ryan, my oldest, graduated from elementary school. He'll be in grade 9, high school next year.

~ went mountain climbing and spelunking with Liam and G in the blue mountains. It was such a nice adventure! I found the entry fee to the park a bit steep, but the caves and trails were interesting.

~ Kyle went to Alberta for a fishing trip with his Uncle and Grandpa. He didn't catch any fish in the rockies,but he did see some grizzlies close up  and got to know his aunts, uncle, cousins and grandparents better. It was also his first time on an airplane that he can remember. He's been on before, but he was not even 2 years old.

That's all I feel like typing out right now. Hope I can post a bit more often! 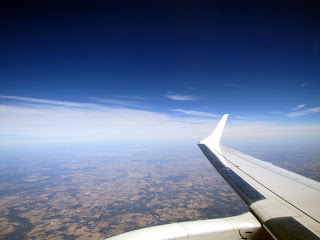