It's getting lighter YAY

January is cold. and snowy. There is something I like about January, though.
It gets light out earlier, and stays light a little longer. This makes it feel as if spring is almost, almost, maybe still coming. Yes, I know, warmer temperatures won't be here for another five or six weeks, but that extra bit of daylight brings hope to an almost frozen body!
This morning, as I got up to prepare lunches and breakfasts for four hungry young men (I have my little neighbour here for 10 days) the sun rising was so beautiful. God had frosted each tiny branch with a coat of fur, which sparkled and glittered in the pink, purple, and yellow light. 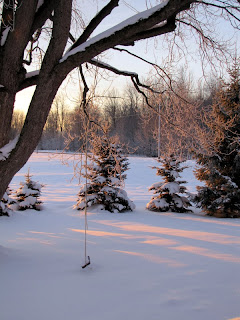 You may want to check out the exciting news of my brother and sister in law over at Adventures of an excitable gardener! It was exciting for me as well :)

I finally got a cell phone. I have resisted getting one, as I don't need one, but I am likely going out west this spring, and my two older boys are going on a school trip this year as well, so I felt maybe it was time to get one.
I do like it, it's shiny blue and has a keyboard so i can text! 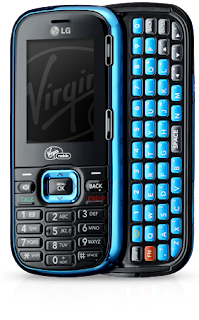 Luke 2: 36: And there was one Anna, a prophetess, the daughter of Phanuel, of the tribe of Aser: she was of a great age, and had lived with an husband seven years from her virginity;

2:37 And she was a widow of about fourscore and four years, which departed not from the temple, but served God with fastings and prayers night and day.
2:38 And she coming in that instant gave thanks likewise unto the Lord, and spake of him to all them that looked for redemption in Jerusalem.

I was reading the account of the Lord Jesus Christ's birth in Luke chapter 2 the other day, and I was sidetracked by the three verse account of Anna. If anyone had asked me before about Anna, I would have been confused, and not remembered anything about her. I mean, it's only three little verses, and she's not very important, right?
or is she?
All this account tells us is that she was an old, old woman, aged 84 or 105, depending on how you read the "widow of about fourscore and four years", she had been married, was from the small, scattered tribe of Asher (son of Jacob and Zilpah the maid) and her whole life was given to God.
Can you imagine what it would be like to fast and pray ALL THE TIME? We aren't told how long Anna had been staying at the temple, but I get the impression that it had been a long while, and that her heart ached for God's people. Her dedication, care and love to her people and her faith were all consuming, day and night. Even as Anna didn't forget about God, and God didn't forget about Anna. He sent Anna his son, in a physical form, and allowed her to see, with her own eyes, his redemption for her beloved Jerusalem. She knew immediately that the infant she was seeing was her long prayed and fasted for redeemer.
Anna didn't faint, or go into hysterics. She simply thanked God, and told everyone she knew about the answer to her prayers, that redemption had come.
Even now, that redemption is available. You don't need to fast and pray day and night, or be very old, or live in a temple, or even go to church. God's salvation is offered freely to every person, no matter who you are.The baby Anna saw grew to be a man, God in human form, who freely laid his life down so that I, and you too, could find redemption from our sin!
~But as many as received him, to them gave he power to become the sons of God, even to them that believe on his name: (John 1:12, KJV). 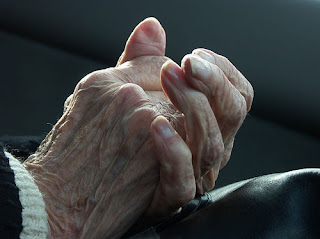 1.1.11 :)
just sayin'
A friend of mine says that new year's resolutions are a pagan practice. Ah well. I'm making some anyway. I don't think this counts as pagan!
Having (sort of) done my 10 new things in 2010, This year, my resolutions are a bit different.