Lately so many people have passed away that I knew, loved, or have touched my life in some way. This post is dedicated to them.
Robert Fraser
Robert Watson
Ruth Woodside
Audrey Chapman
Susan Miller
Evelyn Cottrill

All safe at home.

In case you didn't notice, I am a country girl. I don't enjoy cities, even to go on vacation. A trip to the zoo or museum gives me a rash just thinking about the traffic, pollution, and crowds!
no, sir, give me a remote campground any day, and I'll be ever so happy. Especially if that campground has a rec hall to play in when it rains! We stayed at the pine tree campground in Tiverton, and thoroughly enjoyed it. the weather didn't co-operate much, but we did have the most beautiful, spectacular sunset I think I've ever witnessed in my life. Here are a few pictures of our four days away:
Mmmmm bubbling stew, cooked on an open fire. nothing like it! 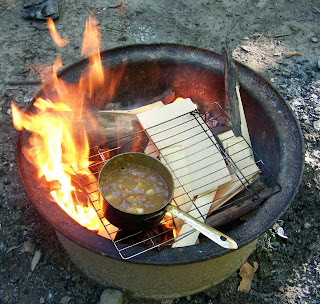 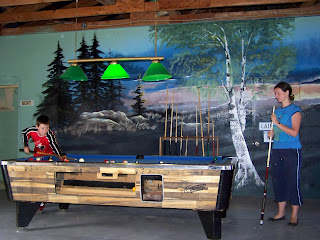 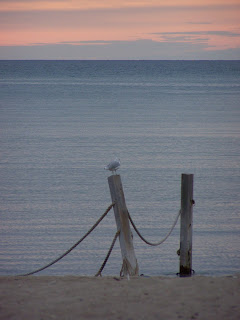 when was the last time anyone saw this in a city? 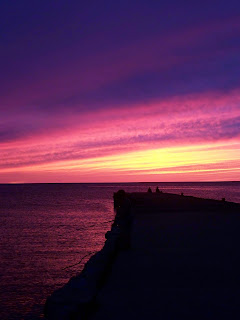 Here's the "summer baby" of mine! Also, a picture of me IN my garden, so you have a concept of how tall those sunflowers and tomato plants are! (I'm 5'8 ish) 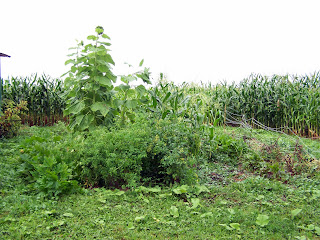 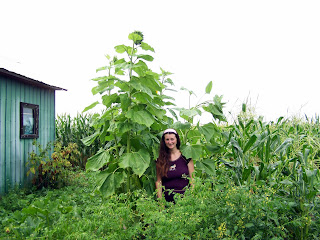 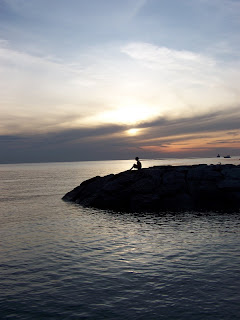 We like to fish. We haven't gone much this year, but we went out to Goderich the other day, and we had such a good time! We came home tired and sunburned but very happy after a day outdoors. Here are the collages of the boys' final counts for a day of fishing! 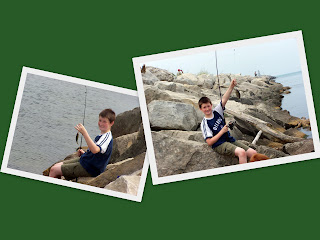 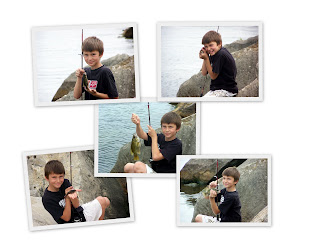 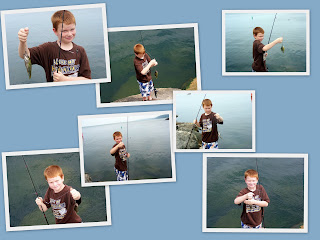 We had a toasty marshmallow roasty lovely campfire evening! 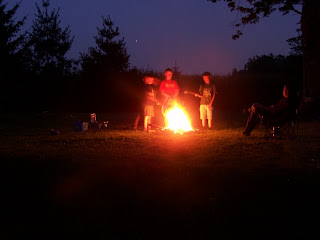 There's this weed in my garden, and it grows prolifically. I didn't know what it was, so I attempted to find out. I asked a neighbour, and he said "Oh, that's clover! Yep, it's clover. give it a bit of shade, and away it goes!" 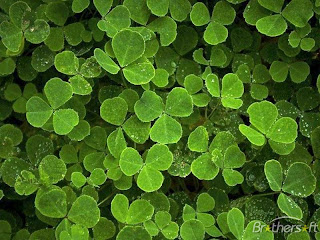 Well, I knew it wasn't clover, so I just said, "Oh, is it?" politely, and said no more. I tried describing it to a friend, and she said "well, it sounds like pennywort, but it isn't in a damp spot you say? I am not sure then" 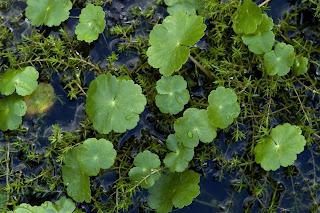 I searched and searched online, and there is quite a lack of weed identifying websites!I eventually found out what the elusive weed name was~ Common Mallow. 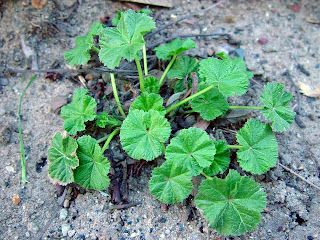 Boys and big swords, what can I say? 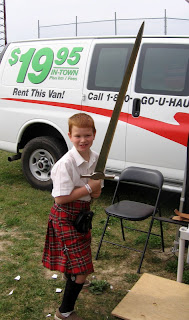 I got a book signed by Diana Gabaldon, my favorite non- christian author 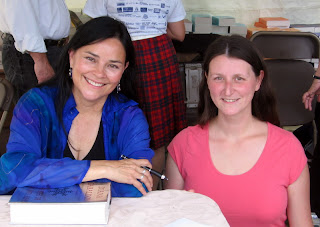 Bridies (very disappointing after the delicious homemade ones we are used to and Haggis pis. That's not cheese on it, it's turnips. 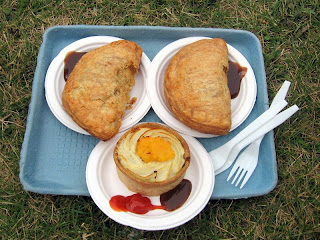 trying out some Scottish drinks~ Irn Brew and Lilt 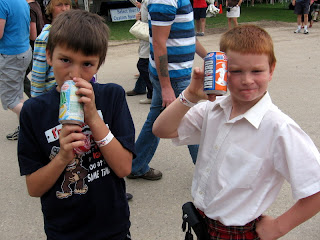 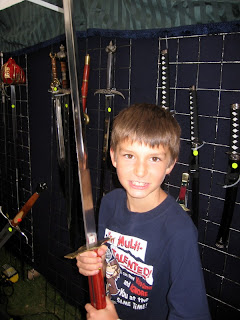 HOUSEFLIES!! with a passion! I know they are part of country life, but they are SO ANNOYING!!!!
rant over. Back to your regularly scheduled programming. 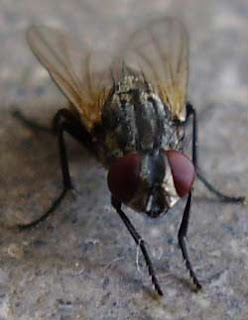 I know, I know! I've been going on about my garden all summer! (pictures here and here)I just really enjoy working in it, and I am quite proud of how well things have grown. I've harvested the peas, radish, lettuce, potatoes, beets and some beans, zucchini,and most of our carrots. They are soooo yummy when they are little and I just couldn't leave them alone! 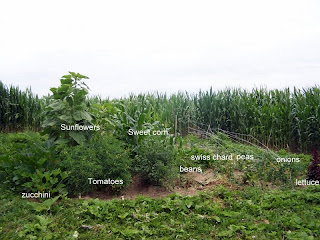 Hikes and Beaches and Kilts!

We went for a hike and Liam wore his Kilt. He enjoyed hiking with his plaid and sock knife :) the view from the trail is spectacular and always changing. Some places, the trail is wide and well-travelled by people on foot, on horseback, or on atvs. In other spots, you can follow just a deer path and see new things and discover places you haven't been yet. 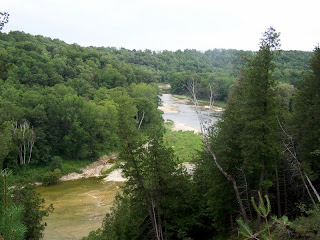 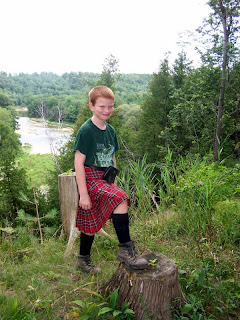 after the hike, we headed for the shore in spite of the grey dull windy day. We've been waiting for some nice weather, but none seems forthconming so we just decided to take the guys swimming anyway. They had a GREAT time jumping through the waves and showing off for the girls there haha 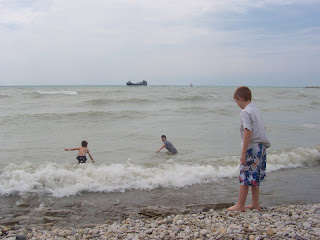 Second son and I went to ribfest today. We had a grand time! He's a regular rib hound, so was completely thrilled to have his choice of 11 or 12 different rib places. He chose a 1/2 rack pork and a 1/2 rack beef deal.
we wandered around a bit, bought him a T shirt, a bracelet, some maple candy and various little things. He shot some dangly items with a paintball gun and was a pretty good shot!
the highlight was the ribs, thopugh. He 'bought licked the platter clean! 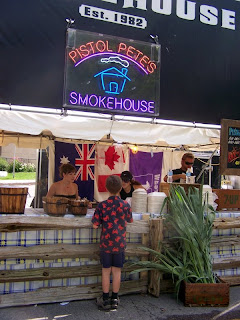 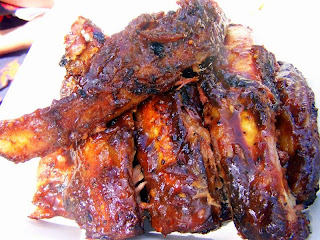 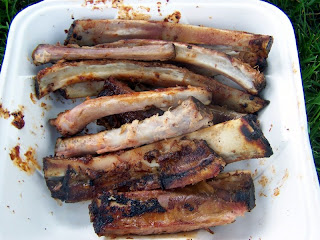